Seriously, I’m a twit for not posting all week! Even though I have at least twenty stories (including many restaurant visits) to share.

After downloading Tweetdeck (for free) and realizing I could actually organize my Twitter subscriptions (aka friends), I decided to search out and “add” as many tweople (twitter people) as I could in one week. I didn’t want to add just anyone, but instead wanted to take the time to search out twitterers with common interests.

I currently follow 1288 people on Twitter and plan to keep on adding more, but will get back to the writing first. If you’re on Twitter and haven’t tried Tweetdeck yet, it will make your experience so much better and definitely more organized. 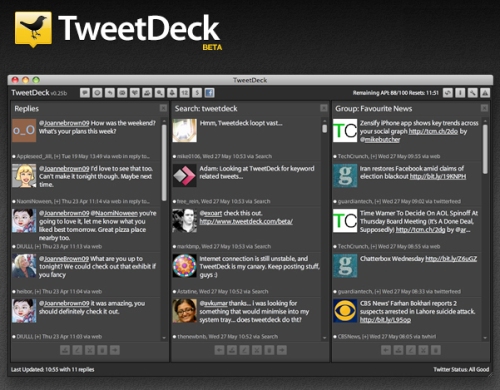