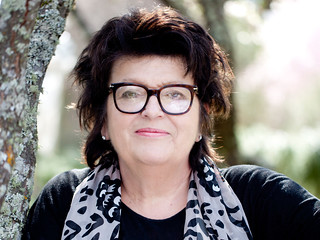 Last September, when I was on assignment in Australia, I didn’t get the chance to eat at Alla Wolf-Tasker’s revered Lake House Restaurant in Victoria.

To be perfectly honest, until my eye-opening visit, I didn’t know much about the culinary scene Down Under.

Lake House (celebrating 30 years!) is about a 90-minute drive from Melbourne, situated on the shores of Lake Daylesford in Victoria’s spa country. From what I’ve seen in these photos, the property (which covers 6 acres) looks spectacular, and it’s now on my travel “bucket list”.

Alla Wolf-Tasker is credited with the establishment and growth of Daylesford and surrounds as a premier food and wine destination. Over three decades of honing Lake House into the mecca for foodie travellers that it is, she has fostered a network of excellent local suppliers and in the process succeeded in putting Daylesford on the culinary map.

Lake House boasts one of Australia’s most highly awarded restaurants and a New York Wine Spectator award winning wine list and cellar of some 10,000 bottles. The menu offers modern Australian cuisine paying homage to the region’s excellent seasonal produce. Local and seasonal may be a marketing mantra nowadays, but the ‘sense of place’ philosophy that imbues all of Lake House has operated here from day one.

In November I was invited by Tourism Australia to attend a dinner at the prestigious James Beard House in New York. The theme was “Evenings Afar: Australia” and Chef Alla Wolf-Tasker was center stage. This was my first visit to Beard House, and I was thrilled to be included on the guest list.

My first bite of Chef Alla’s food? Kangaroo tartare of course! The entire meal was stunning and included an exceptional pork dish I still think about today.

Meeting the chef was a thrill as well and we often engage via social media. If you love food AND travel, do follow her at @WolfInKitchen. 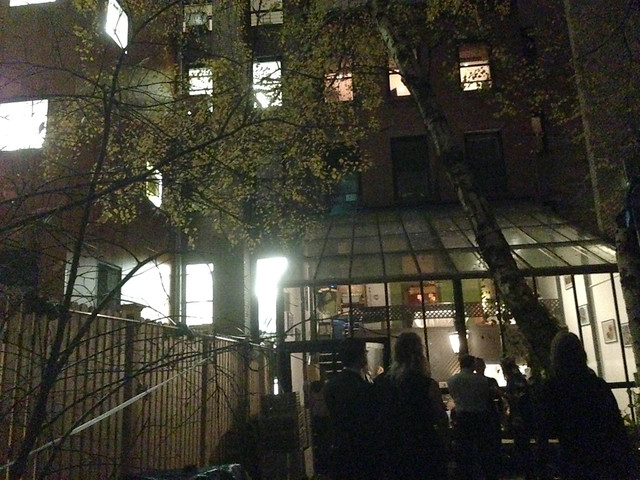 A few drinks in the back garden before dinner… 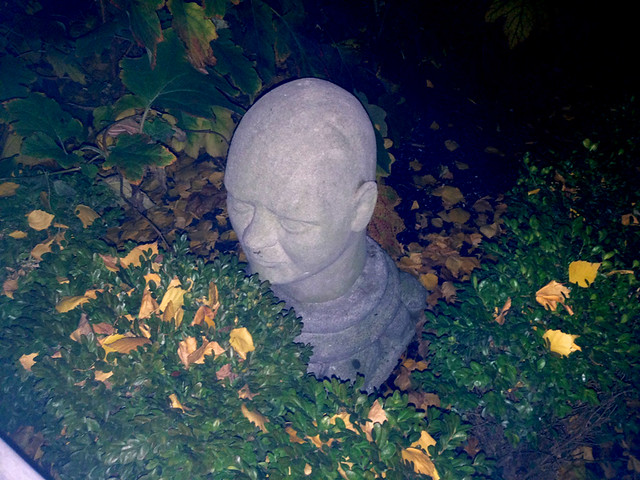 I almost tripped over this life-size sculpture in the back garden… This must be HIS head, right? 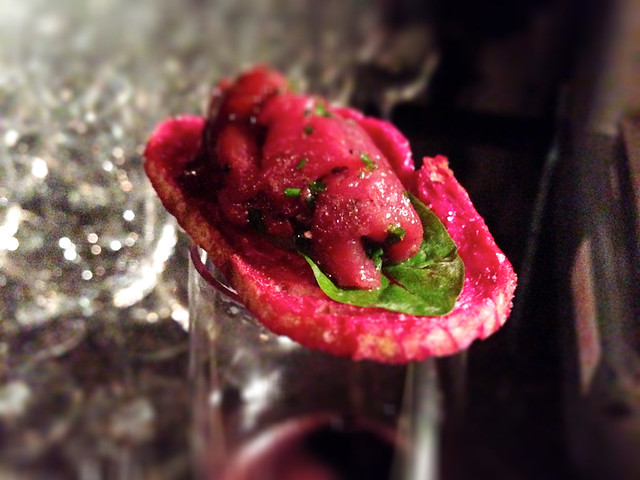 Kangaroo Tartar with Pepper Berries and Bush Tomatoes, Beet Crostini before heading upstairs to dinner (the only decent food photo I captured). 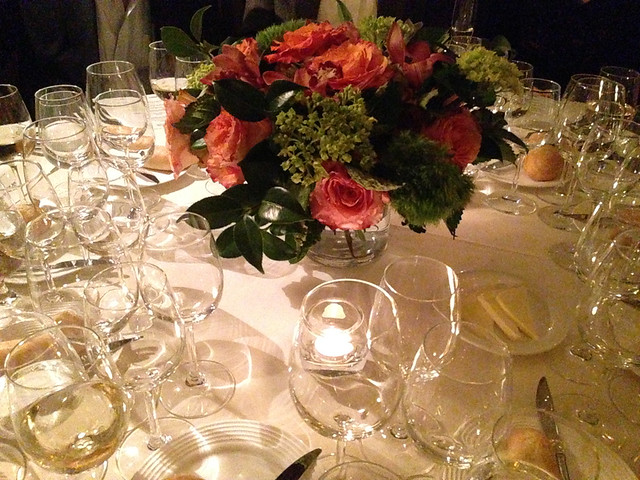 We drank heaps of gorgeous wine (listed below), provided by Wine Australia.

At this point, the lights were dimmed for dinner service and there was no way I could adequately capture Chef Alla’s beautiful food with my iPhone camera. To be blunt, my photos were crap. Thankfully the chef’s team sent me some lovely images taken in the bright Beard House kitchen. See complete menu below. 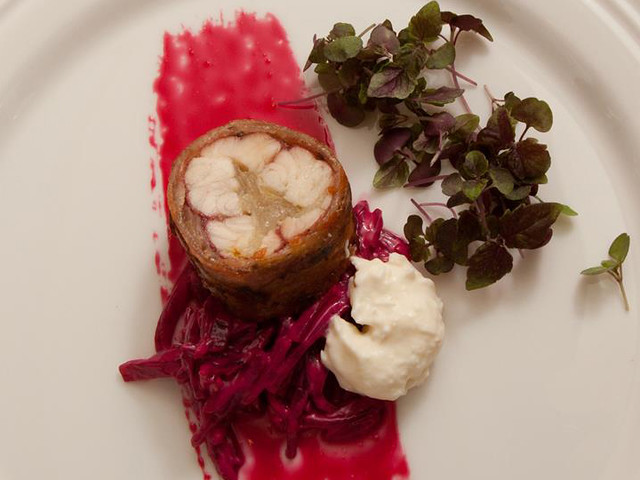 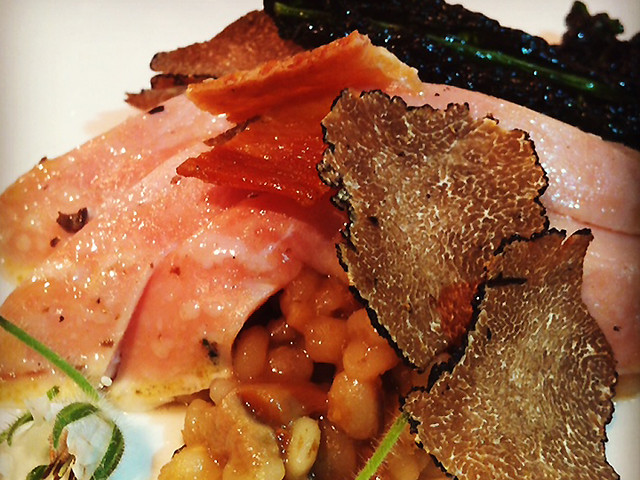 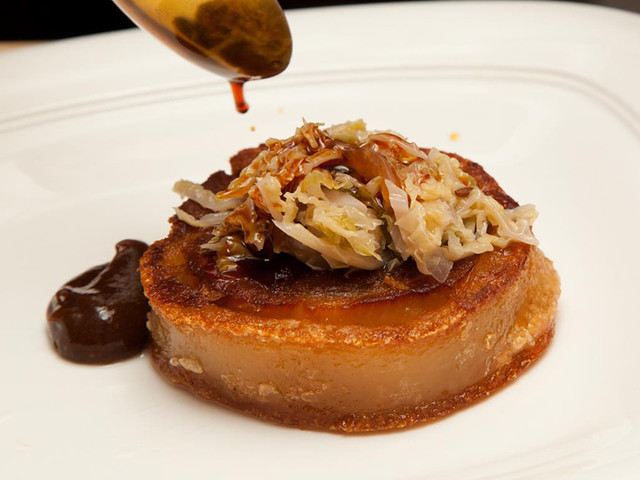 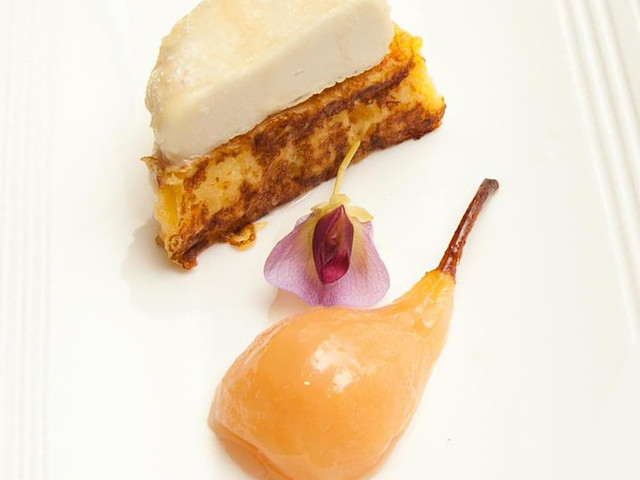 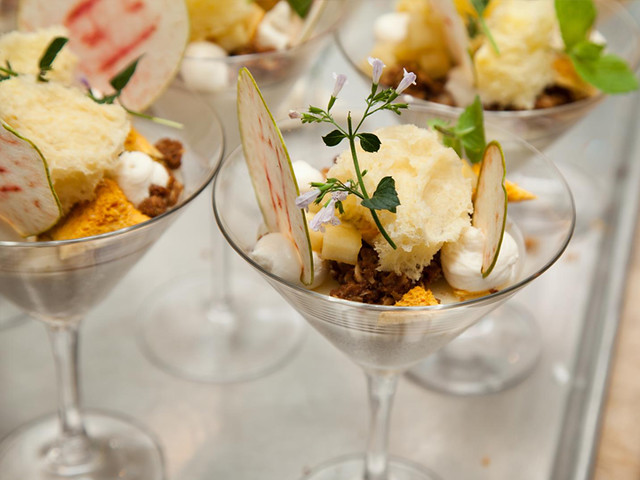 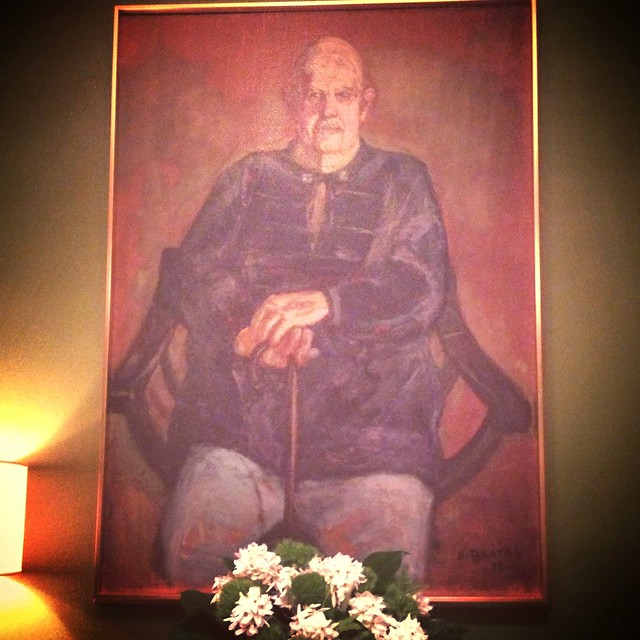 I snapped this Beard portrait quickly on my way to the loo… James Beard’s LOO.
The table I dined at can be seen in this Beard House library virtual tour (near left bookcase). 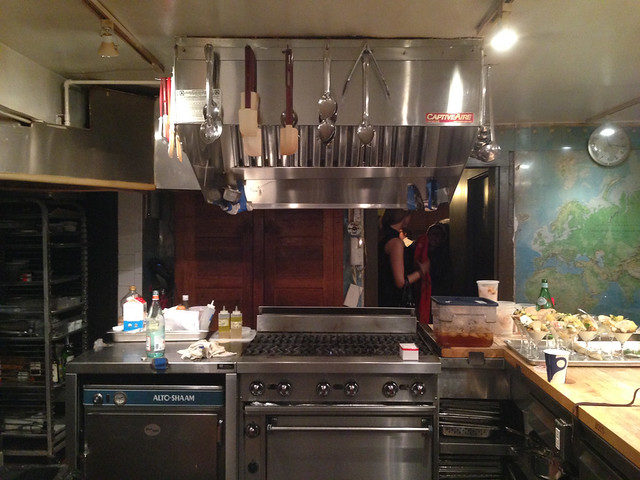 A quick peek in the Beard House kitchen. Tight quarters… check out the floor plan here. 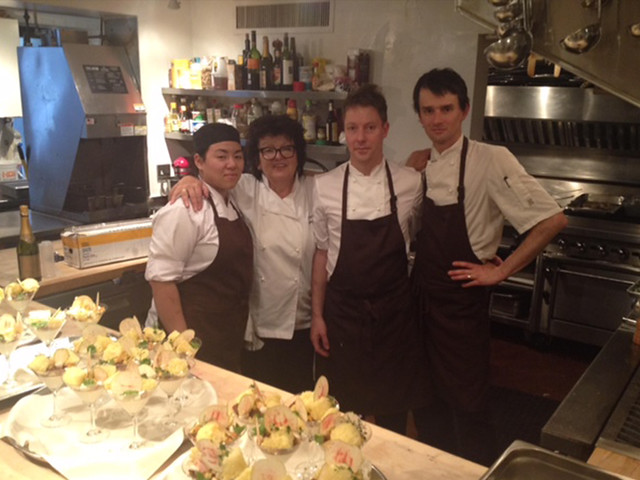 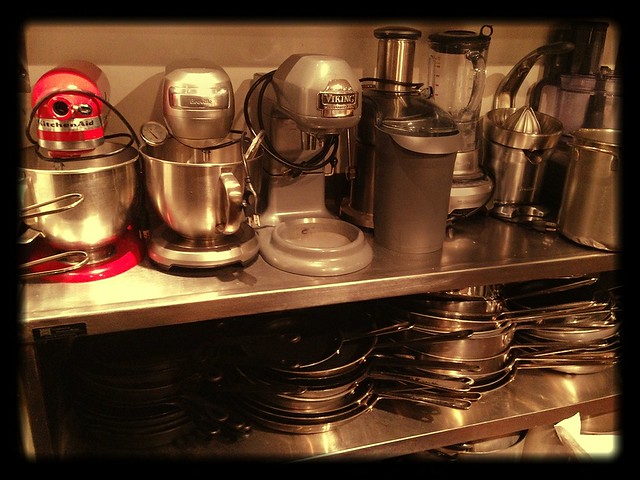 Beard House kitchen equipment… touched by so many world-class chefs, past and present.

How Chefs are invited to cook at Beard House

Meal and Travel generously paid for by Tourism Australia.