Brisket. It’s all about Aaron Franklin’s brisket for me. Like most who trek to Franklin BBQ in Austin, tasting his beef was a life-changing experience. You can’t imagine, while you’re waiting in line for hours in the hot Texas heat, that it could possibly be worth it. It was. 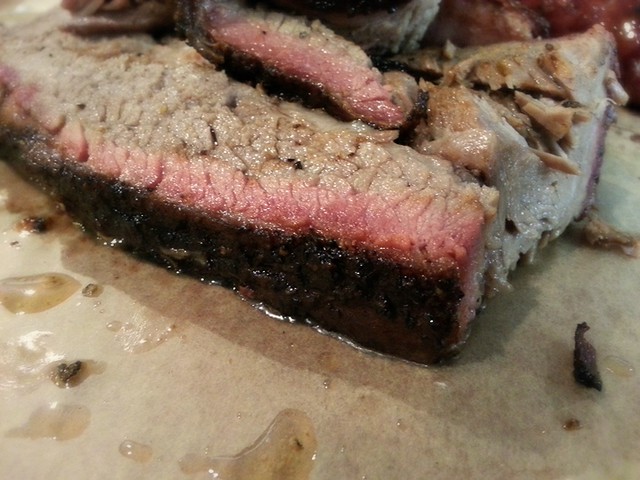 Last week Aaron Franklin was here in L.A. with his good buddy (and my friend), Adam Perry Lang. Adam (aka APL, who is so sweet and humble) hates that I call them “BBQ Gods”,  but darn it… they ARE.

The one-day popup was held on April 10th, downtown at Nick’s Cafe. Along with Franklin’s heavenly brisket, APL served Niman Ranch pork shoulder. Both were, as expected, phenomenal.

Franklin is currently promoting his new book, “Barbecue: A Meat-Smoking Manifesto” and at some point I’m going to attempt to make his brisket at home. Peter’s been doing a lot of cooking on our Big Green Eggs, so this is sure to be a joint project. Check out Aaron’s appearance on Jimmy Kimmel here. 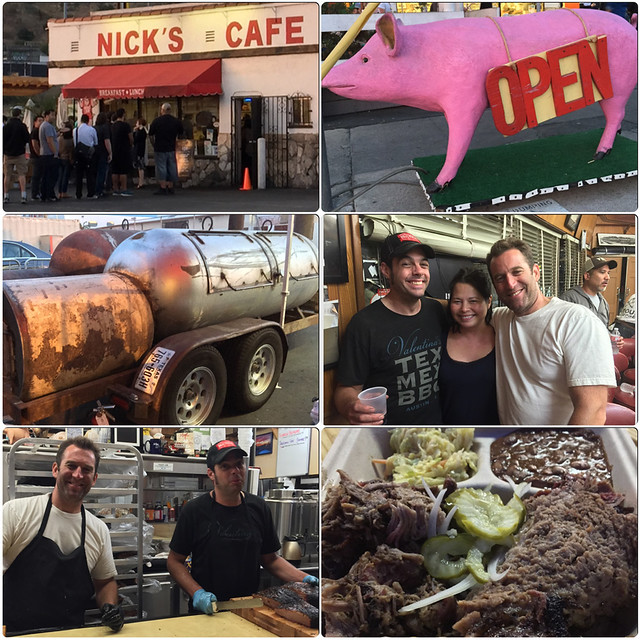 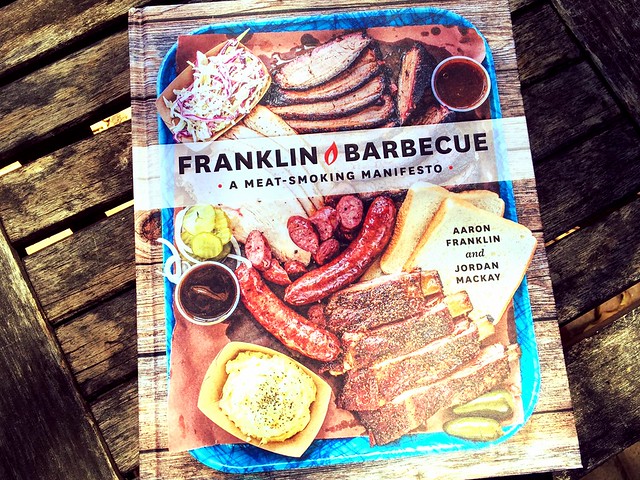 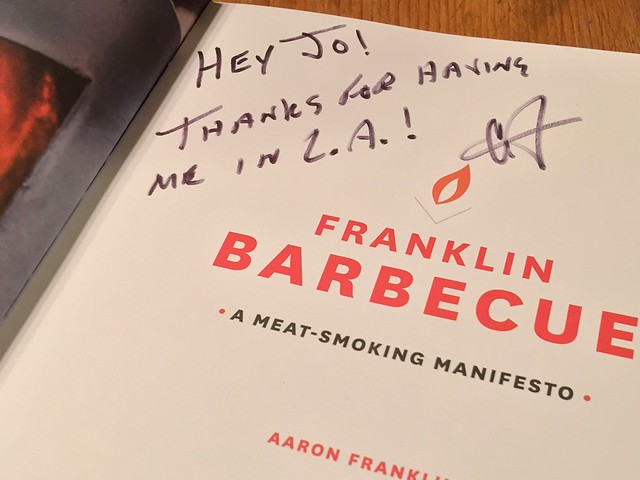 If you don’t have it yet, definitely check out Adam Perry Lang’s Serious Barbecue CookBook