New Blog Is In The Works! 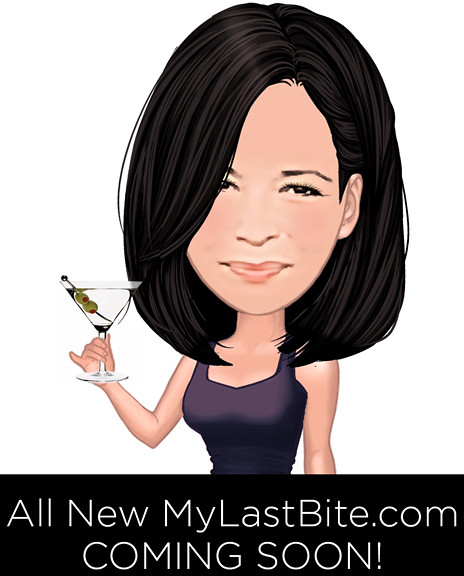 This is a repost of my favorite “Thanksgiving Leftover” recipe. This stuffing frittata is SO easy to make for a post-holiday breakfast or brunch.

Directions
Preheat oven to 400
Coat an ovenproof nonstick skillet with cooking spray.
Place over medium heat (on stovetop).
Mix stuffing and turkey in a bowl, then put mixture in the bottom of pan to warm through.
Sprinkle grated cheddar cheese over top.

In a medium bowl, whisk together eggs, milk, 1 tablespoon of parsley (save the rest for later), red pepper flakes, and nutmeg. Add salt and pepper to taste… it depends on how much seasoning was used in the stuffing.

Bake until the eggs are set and the sides have puffed up a little bit and cheese is golden, about 15 to 20 minutes.

Remember: This isn’t just for “Thanksgiving Leftovers”. I’ve made it with good old Stovetop stuffing on a lovely Spring day. It’s fun, easy and super tasty!

I’ve so enjoyed cooking up recipes from “LEON Family & Friends: Book 4” by Kay Plunkett-Hogge and John Vincent, and am thrilled to announce a Twitter GIVEAWAY!

Octopus Publishing will be sending books (USA only) to a few followers of co-author Kay Plunkett-Hogge.

3. Check back on MY twitter feed twitter.com/MyLastBite June 9th for the winners!

Review of LEON4 by the Kitchn

NOTE: Kay is a personal friend of mine. I am NOT being compensated for this contest. Just fyi!

What a lineup! Ludo stars along with two of my long-time culinary heroes… BOURDAIN and NIGELLA!

Four culinary masters get down to what really matters, The Taste! Anthony Bourdain, Nigella Lawson, Ludo Lefebvre & Brian Malarkey will each coach a team of 4 cooks, consisting of professional chefs and home cooks whom they will hand pick based on a blind taste challenge. Throughout the season, their mentors will prepare them for challenges in creating dishes that will ultimately be judged by the superstar chefs in blind taste tests. One cook will be left standing to take home The Taste trophy along with a new Ford C-Max and $100,000!

LudoBitches will be live-tweeting during each episode. Follow us at @LudoBitches!

Photos via The Taste

My photos with Ludo

My niece Kindal loves to bake desserts, especially cupcakes and cake pops. At sixteen, she’s also a fantastic cook and has made killer, French omelets since she was ten!

Years ago we started a cooking club called the “Chef Monkeys”, along with her twin brother Chace, and a few of their friends. Once a week we would get together at my sister’s home in San Dimas to test recipes, work on knife skills and of course EAT. I sure do miss those days.

Cooking together has always been a big part of our relationship, but I think sharing other food experiences (like travel and restaurants) have been important too.

A few weeks ago, I brought a bag of ube (purple yam) macarons (made by my friend Remil) to share with my sister and her family. Kindal instantly started dissecting the macaron and blurted out, “I need to learn how to make these!”

Luckily for her, the Ravenous Couple (aka Kim & Hong) were scheduled to teach a class in their Pasadena home the following week. I didn’t participate in the actual baking because I wanted to photograph each step (photos below).  The class really felt more like an afternoon party, especially with Remil (who took a previous class) cooking lunch for everyone and acting like Kindal’s own Macaron Godfather.

By the end of the afternoon, my niece was absolutely beaming when she held up her first raspberry macaron. We had such a fun time and we both learned so much (like how to get the perfect “feet”). Thanks Hong & Kim!

NOTE: The next Macaron class is this Saturday, June 2, 2012 but it’s almost sold out!

In Kim & Hong’s beautiful kitchen. My sister Janet & Kindal on the right. Hong speaking to a student on the left.

Ingredients prepped and ready ahead of time!

Ready for the oven.

Raspberry perfection… but they aren’t macarons YET!

Kim showing Kindal how to insert sticks for Macaron POPS!

Sharing with other students.

I spent all my spare moments at the snack table. Note: The Ravenous Couple are awesome cooks too!

Remil making Bombolotti all’ Amatriciana for lunch (Kindal and I BOTH had seconds).

Photos from a previous macaron class

Macaron History:
Although predominantly a French confection,  there has been much debate about its origins. Larousse Gastronomique cites the macaron as being created in 1791 in a convent near Cormery. Some have traced its French debut back to the arrival of Catherine de’ Medici’s Italian pastry chefs whom she brought with her in 1533 upon marrying Henry II of France. In the 1830s,  macarons were served two-by-two with the addition of jams,  liqueurs,  and spices. The macaron as it is known today was called the “Gerbet” or the “Paris macaron” and was created in the early 20th Century by Pierre Desfontaines of the French pâtisserie Ladurée, composed of two almond meringue discs filled with a layer of buttercream,  jam,  or ganache filling. Wikipedia

Photo of Kindal at top of page by Hong Pham. All other photos by JoAnn Maxwell Stougaard.

Gourmet Institute (save the date)!

The official dates for the 2009 GOURMET INSTITUTE event in NYC.

Peter and I had a great time when we went, especially mingling with the likes of Eric Ripert and the great Mario Batali!

Check out the promo video from last year. I was totally surprised to see myself and Peter featured on the video! Actually, him more than me… I’m standing behind him (tipsy from wine tasting!) when he’s speaking on camera.

After learning the simple recipe for making flavored “air” at Molecular Gastronomy Class, I thought long and hard about what I wanted to aerate first. Multiple visits to the the Bazaar by José Andrés had me familiar with Bar Centro’s “salt air” topped margaritas, and my favorite “new way” martini with spherified (Ferran Adria) olive is topped with a tangy brine “air”.

Peter and I love grilling flatiron steak, and I make homemade chimichurri sauce at least once a week. But in our house it’s not just for beef. We also add it to eggs, quesadillas, pastas, and even tuna salad.

To make the “air”, there are actually only two ingredients needed: some sort of liquid and the lecite (aka lecithin), a natural soy-based emulsifier (links below).

Traditional chimichurri is usually made with two liquids: olive oil and acids, usually limes or vinegar. To make my chimichurri air, I left OUT the olive oil and just drizzled the oil on the steak directly, BEFORE adding the “air” on top.

I like my chimichurri REALLY spicy and wasn’t sure the heat would remain after straining and aerating, but it did. The light (and well, airy) texture was a refreshing change from the standard sauce.

I certainly don’t plan on going crazy with the lecite (although I do think a Heinz 57 “air” would be an awesome return to my childhood). To me, it’s simply about learning yet another delicious (and fun!) cooking technique at home.

My Recipe for Chimichurri Air:

To make the chimichurri sauce:
1 cup chopped parsley
1 cup chopped cilantro
2 medium jalapeno chilies (or more if you like it spicy)
8 oz of fresh lime juice or red wine vinegar
2 or 3 cloves of garlic
Fleur de sel (or sea salt)

Place all ingredients in a mini-chop or food processor and blend until liquified.

Measure 9 oz of liquid (add vinegar or water if needed).

Then pour the liquid through a fine strainer to remove any large pieces.

Make sure it’s 9 oz of liquid to 1.5 g lecithin (again, add vinegar or water if needed).

Place the chimichurri sauce and lecite into a large bowl and blend with a stick-blender until foaming. Note: I have a large, plastic container that I use for this. It can get pretty messy in a standard bowl, so wear an apron!

Cut and plate then drizzle olive oil directly on steak.

Add salt then scoop out whipped “air” from bowl and gently place on meat.

If the “air” becomes watery, simply blend again (not too long) until foamy. Serve immediately!

About Texturas (in English)

Where to buy molecular ingredients

My visits to the Bazaar

Why I call it “Molecular Cooking”

The Bazaar by José Andrés [11]

After multiple visits to the Bazaar (this being number eleven), Peter and I get most excited when we’re bringing in “Bazaar Virgins” (first timers) to the restaurant. It’s even more fun when they’re big time foodies like our friends Ron and Diane. Thanks to the wonderful staff (William, Felix, Alison, Audra!), we were seated at my favorite table in the Rojo room, with a direct view of the open kitchen.

It’s always a delight when Amanda rolls up to our table with the liquid nitrogen cart (or caviar or cotton candy). And I love when servers that aren’t even working our table (Calvin and Hugh) stop by for a quick hello. I’ve had several people ask me why I keep returning to the Bazaar, when there are so many other places to try, and honestly… besides the incredible food and fun atmosphere, it’s because they make me (and my “virgins”) feel perfectly welcome on each and every visit.

THANK YOU to everyone at Bazaar and SLS!

Ensaladilla Rusa: Potato salad, tuna belly and mayo (I know this doesn’t look like much, but the flavors here were FANTASTIC.)

Salt to your taste

Mix all ingredients, work it like dough and make sure press a little tight so it can stick to the skewer.

Tip: Lightly wet your hands after each skewer

HOW TO photos here

The ultimate foodie, Dom DeLuise, passed away yesterday at age 75.

It was thirty years ago, when I met the kind and generous comic during a school trip to 20th Century Fox Studio. Dom came out to greet us kids, and then he invited us onto the “Fatso” set (directed by Anne Bancroft) for an impromptu tour! The film’s continuity supervisor had an absolute fit, but Dom thought it was hilarious.

I personally find it funny, that 30 years later I’m so obsessed with my food WRITING… almost as much as his character was about food EATING.

He will most definitely be missed.